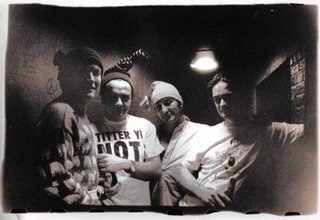 I used to play bass in a band called Good Question Derek (that's me second from the left). We recently reunited for a one-off gig to celebrate Midge's (the guitarist) 40th Birthday. It was the first time that we'd played together in 9 years!

Anyway, the resurgence in interest spurred me into converting most of the old songs that we recorded into mp3 and then uploading them to Last.fm. I also created Flickr space to upload some photos and I've also created a GQD Blog.

Let me know what you think of the songs or if you ever saw us play!
Posted by Dave Thomas at 10:57 am 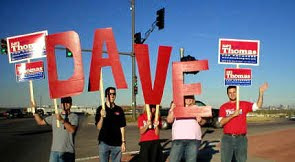